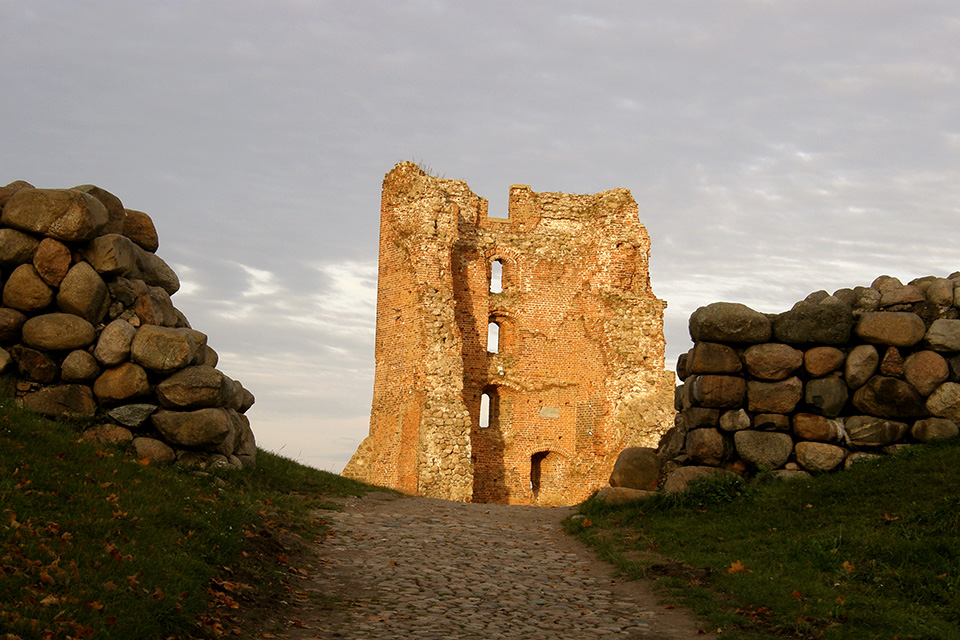 Novogrudok, which in Chronicles is also referred to as Novogorodok, Novgorodok and New Town, is one of the oldest cities in Belarus. The first mention of the settlement dates back to 1044 year, but the researches of archaeologists confirmed its existence in the 10th century.

Navahrudak castle is an important historical object for the Belarusian people. It was built by the 16th century, after which he became one of the most powerful and largest of the castles in Belarus. This unique architectural monument is located on the Castle hill, at a height of over 320 m above sea level. Tourists from many countries love to come to this place with a spectacular view of the surroundings.

The history of Novogrudok castle

The construction of the Novogrudok castle began in the mid-13th century, but only at the end of the 16th century it had acquired its final appearance. The ancient architects built a castle of brick and small stones.
According to some sources in 1253 in Novogrudok was crowned the Lithuanian Prince Mindovg, who chose this city as his residence.
In 1422 the castle in Novogrudok, we got married aged Jagiello and young 16-year-old Princess Sophia Golshanskaya, who subsequently bore him sons.
In the 16th century the Crimean Tatars several times tried to take Novogrudok strengthening. Significant damage to the building suffered during the Russo-Polish war in 1654-1667. The final destruction of the castle occurred during the Northern war.
By the 20th century remained only three towers: Board room, Watchtower and Church. In the middle of the century a unique structure have attracted the attention of archaeologists.
Before our time preserved the ruins of the Shield and Church towers. Every year the castle hosts jousting festivals, which are visited by thousands of tourists. Prior to 2015, plans to carry out conservation of the ruins and partial reconstruction of the Shield tower.

The architecture of the Novogrudok castle

The castle was built in several stages. The first was erected three towers of stone, connected by walls. In the second stage at the base of the mountain built Mlodinow tower. In the late 15th century built a strong Watchtower, which is bigger than Central. Its construction is due to frequent attacks of the Crimean Tatars on the ground in Belarus.
At the bottom of the new tower was located on the loopholes from which shots have been fired from guns. Patrol and Central tower were connected by thick walls.
By the 16th century , the castle became the seven towers, so at that time was considered the most powerful structure in the Belarusian lands.

From our ancestors come down to us of the mysterious legend. One of them tells that when a solid structure came the Teutonic knights, Prince of Litavor was going to make an Alliance with the enemy, to avoid his own death. But the castle was not to give up, as it was the main defense on. The wife of Prince Grazyna was against the decision of the husband, and therefore dressed in his armor and led the army. Litavor rushed to the aid of the unknown hero and novogrudka defeated the Teutons. During the battle of the Grażyna killed. In her honor called the lake near the castle.