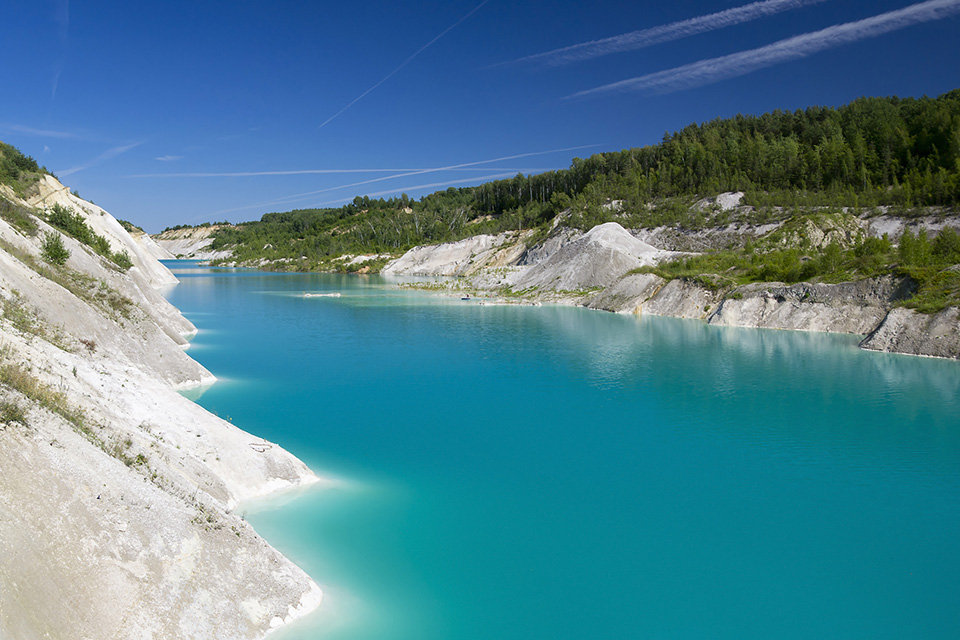 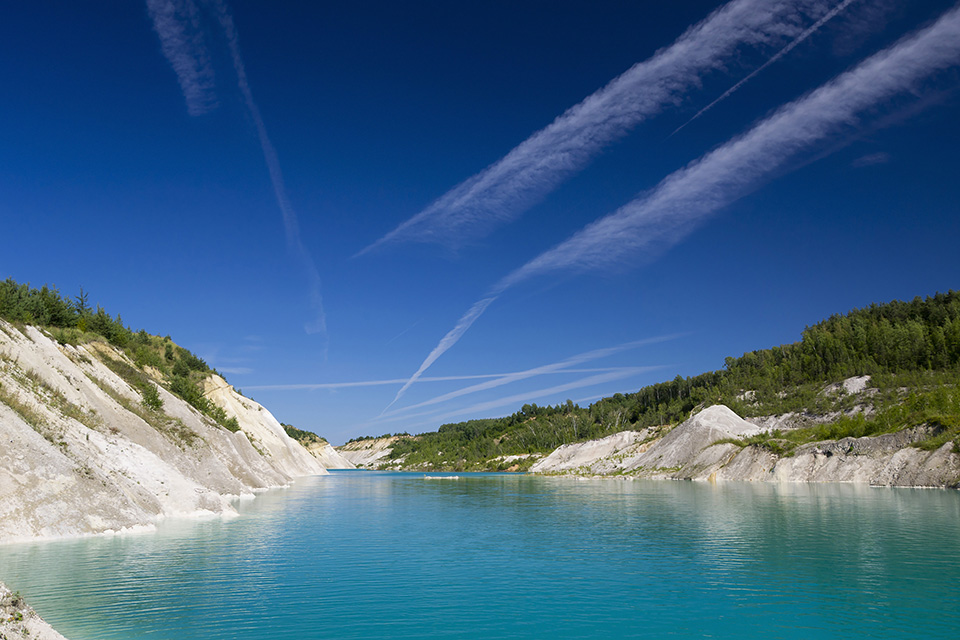 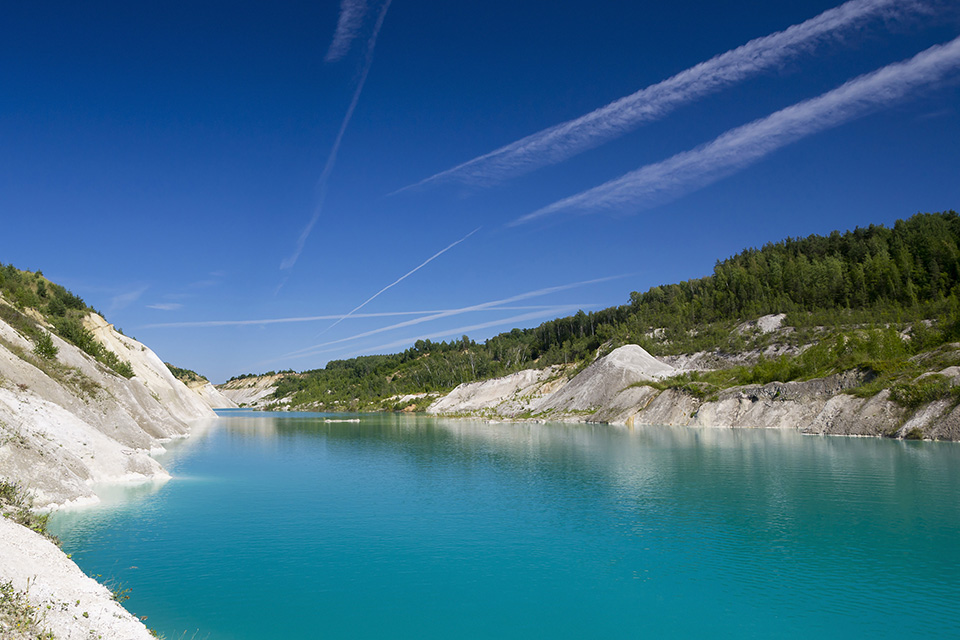 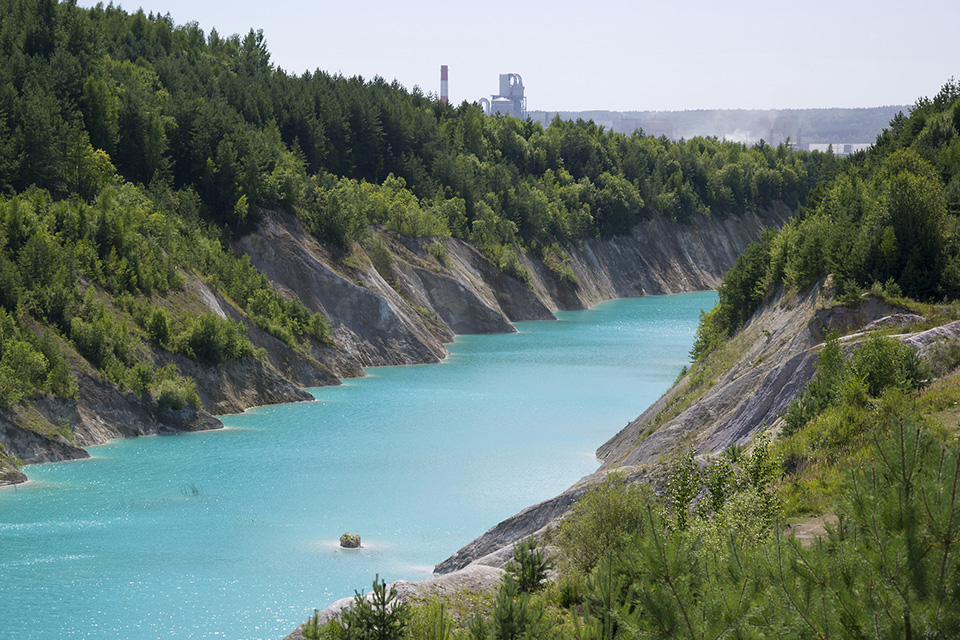 It would seem that in Belarus there is no open and places can surprise you – anyone can call the most popular places in the country. However, on the tourist map you can see "white spots". Yet few people know that hidden in such places. Among them fishermen, fans of extreme relaxation and photographers. But such places could be very popular and generate a good profit.

Stunning chalk career Belarus – how it all began

In the year 2102 the unique landscape of the chalk quarries under the Volkovysk Sal real tourist Mecca. Those wishing to visit the beautiful scenery of the chalk quarries, have reached tens of thousands. In the same year the place marked "Belarusian Maldives". In the Internet there are plenty of clips of tourists jumping into the water azure, and fishermen with a gorgeous catch. Come here for the beautiful photos, the wedding video, a pleasant stay and good mood.

The turquoise water captures many of the country's residents and guests. No exception and pop stars of the country – the group "Color of Aloe" was shot by renowned music video in chalk quarries in Vaukavysk. Singer Nina Bogdanova summer of 2011 captured the unusual landscape in the two clips. Thanks to its posters, even abroad learned about chalk quarries in Belarus.

"No one could not imagine that these frames were made in Belarus", - says the singer. She added that to obtain unique frames had to go down a dangerous high steep slopes. One of the most beautiful careers, according to the singer, the passage is difficult. Thanks to the local fisherman, the crew still managed to go to such places.

What awaits the Cretaceous career – the pearl of the Belarusian tourism

Chalk career are under the Vaukavysk in the village Krasnopol, 280 km from Minsk. Upon arrival, immediately striking snowy landscapes and turquoise clear water.

Deputy Director of a local factory told how in these places, organized the landscape. The chalk Deposit first developed by geologists, then the Industrialists using special equipment cut off the top layer of the earth is the formation of mountains. This is just the first level of the quarry, with time machines go to the bottom to tens of meters.

The scenic coast and abandoned mines became the new resting place of the Belarusians. Find chalk career is not so easy, as there are no signs. Those who still got here, really surprised and delighted that in Belarus you can find places, reminiscent of the Maldives.

The only thing that spoils a great landscape is the debris that remains after a rest. Not yet organized special places for waste disposal.

Chalk career under the Volkovysk yet considered to be a technical object. However, tourists have chosen this place. Many talk about the dangers of being on chalk quarries. They could be improve and have a good income from tourists, but this project is not yet interesting plant working in these areas.

Swimming in the quarry, but for safety you need to watch by the tourists. Visitors have already established a convenient access to the coast, organize camping and rent of tents. So stay on the chalk quarries under the town of Volkovysk, which is loved by the inhabitants of our country, requires the cultivation and the proper organization that could pay big dividends.

Chalk career in Vaukavysk was in the finals of the international competition geomarketing, because he was seen abroad. Eventually, perhaps, the object will gain much popularity, but today we can be sure that the Cretaceous career under the Volkovysk will become a center of tourism.