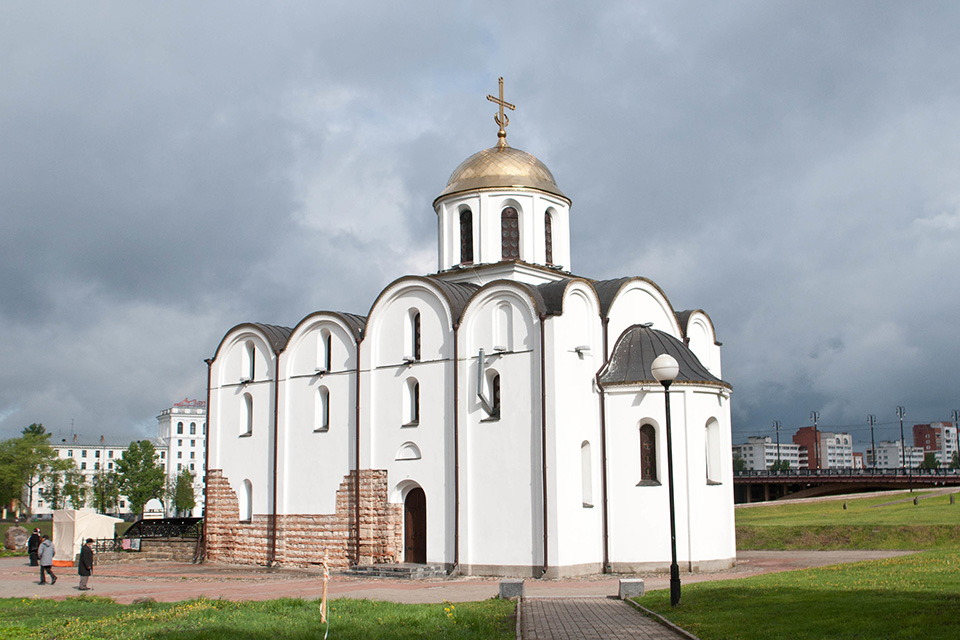 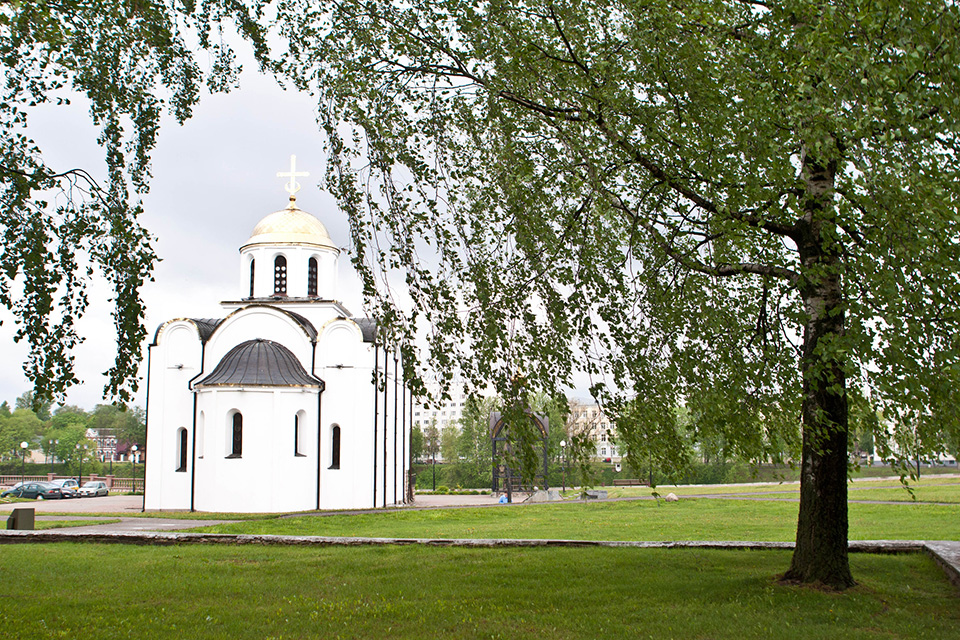 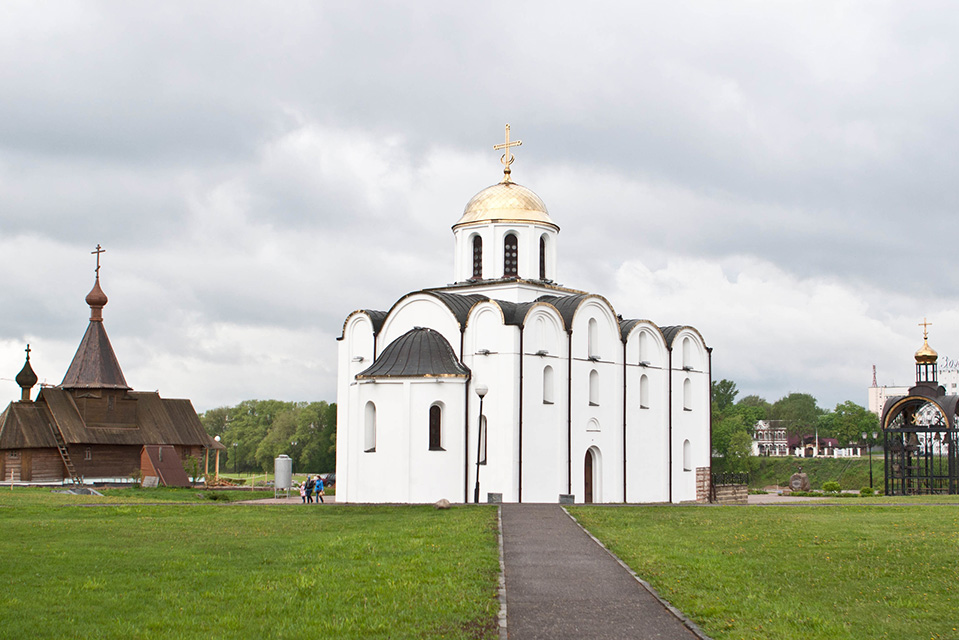 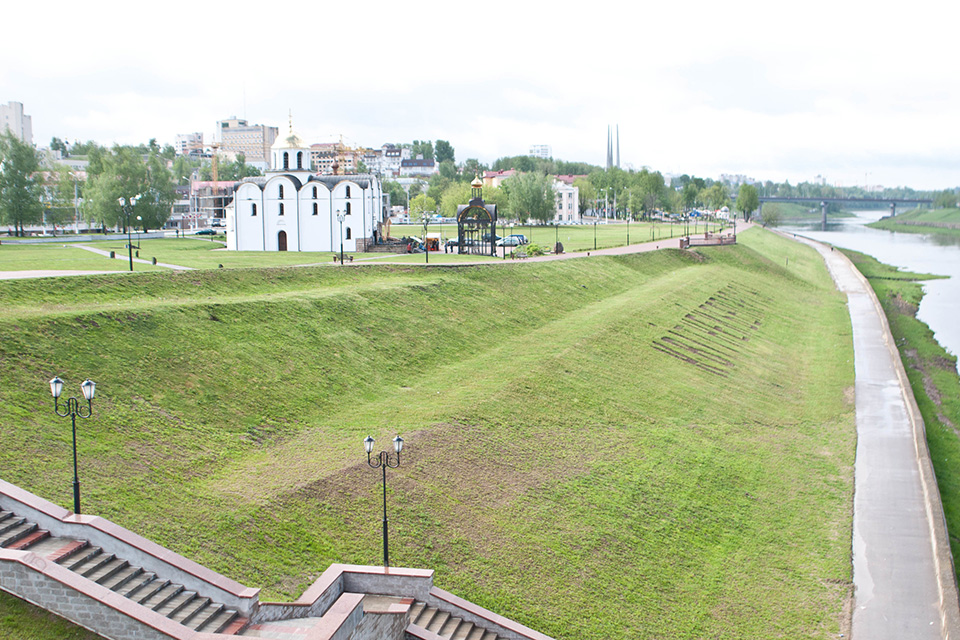 Holy Annunciation Church – a monument of old Russian architecture of 12 century. One of the oldest temples of Belarus. Initially it was a six-stolbny three-nerry Greek cross design. The poles were cross-cut, and in the Western part were magnificent choirs hidden in the thickness of the wall of the stairs. The interior of the Church was decorated with amazing frescoes. Unique painting covers the whole plane walls. Handwritten fragments of frescoes of the 12th century, partially preserved until today and are in the Museum.

According to a legend, this Shrine is at the foot of the Dvina hill was crowned himself the Prince of Novgorod Alexander Nevsky with the daughter of a Prince of Polotsk Bratislava. In ancient times there was located the Marina. All arriving commercial vessels observed the magnificence and wonder of the Vitebsk land is a beautiful temple, the temple, the founder of which is the Princess Olga, the mistress of land of Kiev. This powerful woman of amazing beauty had a hand in the creation of the whole city. According to legend, on the picturesque shores, the place where it joins the river Western Dvina and Vitba, was Princess Olga and raising his hand, said that it will build a great city, and call it "Vitebsk"

In the early 12th century the temple was reconstructed by the Byzantine architects, who were brought by the princes. This is evidenced by a writing and is not typical for these places walls alternating with flat bricks with embossing blocks of yellow limestone. For 4 centuries, the temple was the main prayer book of the city. And now it is the most pious temple in Vitebsk. All visitors, guests and residents of the Vitebsk, going on a journey, asking the blessing of the blessed virgin. And coming, thanking prayers for a successful journey.

Throughout the existence of the temple has undergone numerous reconstructions. In 1623, King Siegmund lll ordered to rebuild the Church. So there was a gable roof and two attached towers. The Church has become more like a Church. But in 1623 the Archbishop kuntcevich ordered and did all the frescoes to whiten.

During the Northern war the Church was almost destroyed, and then restored in the late Baroque style. In 1812 the French used the Holy temple as a strategically important object. There were ammunition and provisions. And only in 1831, the Church returned to Orthodoxy. However, the story of the great temple is not finished. In December 1961 on the orders of local authorities, despite numerous protests by the great scientists, was an act of vandalism, the Church was blown up.

The restoration of the temple by a method of scientific reconstruction began in 1992. The Church was completely restored in the guise of the 12th century. In 1998 the Patriarch of all Russia Alexei II visited Holy place. The following year it held its first service. There is a unique monument of the Annunciation Church - a gospel manuscriptbelonging to 1508, currently stored at the art Museum of Minsk.