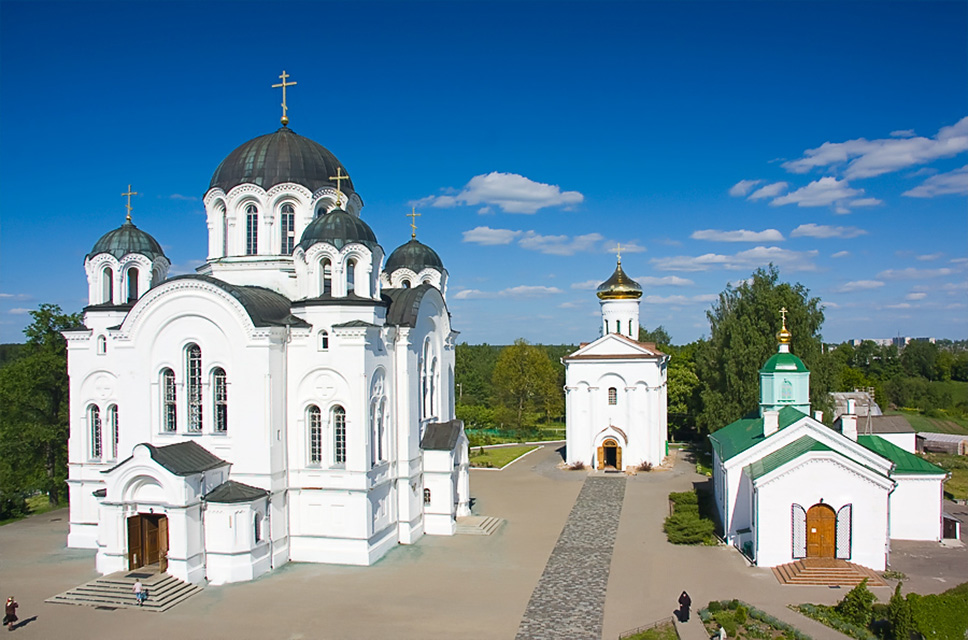 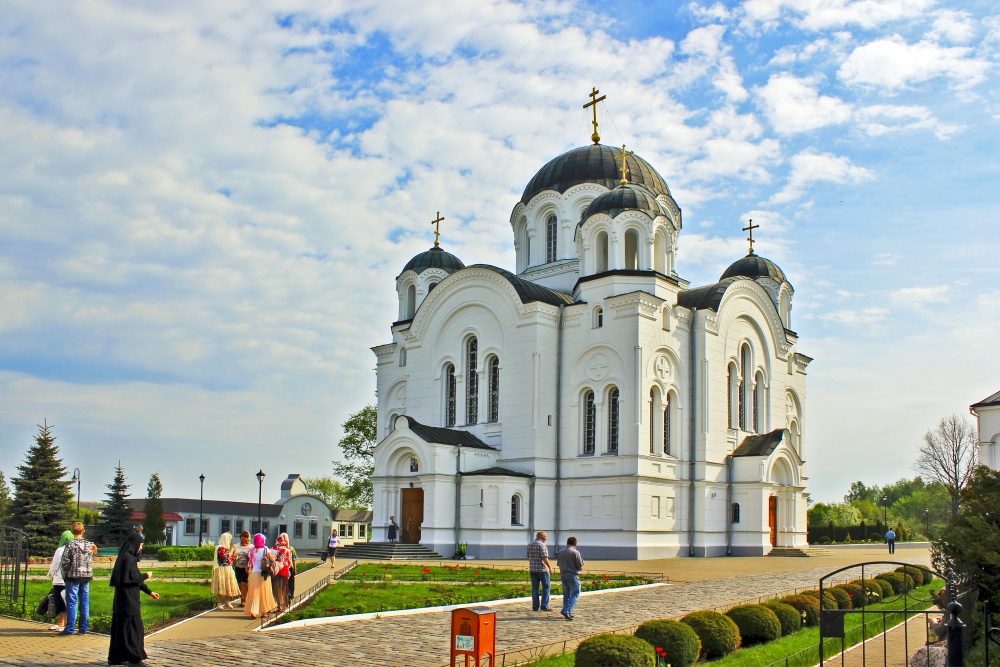 The Spaso-Efrosinyevsky Monastery. His story begins in 1120. The founder of the Church of Polotsk Princess Predslava. She was a native granddaughter of Vseslav the Wizard, her father was his youngest son. Mother of Predslava Sophia, was the daughter of the world famous Vladimir Monomakh. With such roots, the young Princess could be a real classy lady. When the little Preglory turned 12, her parents began to seriously think about a suitable groom for his daughter. But she had other plans. She made her own decision in what was to become a nun.

Parents are strongly discouraged a young woman from this idea. But purposeful Predslava was determined. Choosing the right time, she ran away from home and took monastic vows in one of the Polotsk monastery where the abbess was her aunt. After the dedication of the nuns, she became a Euphrosyne. She was allocated a cell in the monastery, where for several years, Euphrosyne copied and translated books. Then, in 1124 the Bishop Ilia gave her a plot of land near Polotsk, where later was built the legendary monastery.

According to the legend its decision on the construction of the monastery took it on purpose. One night, Bishop Ilya saw a dream in which bright angel prophesied about the building of the great shrines. It was to lead the Euphrosyne. That same night, the dream and saw herself. Prophetic dream repeated for three nights. Inspired by the sign of the Lord, Euphrosyne began construction of the monastery.

The monastery was erected on the site of wooden Church of the Saviour. Her family and cousin were the first nuns at the monastery. Later, the Princess had built several monasteries, among whom were male. Monasteries have become very real cultural and educational centers of the Principality of Polotsk. There worked school, where he taught the Greek language, musical notation, learned to read and write.

Saint Euphrosyne died from the disease in 1167, before he could realize his dream to visit Jerusalem. Her remains were buried in the monastery of St. Theodosius, and then they were transferred to the Kiev-Pechersk Lavra and only in 1910 the Belarusian relics of the Saint was moved to the Spaso-Efrosinyevsky monastery.

The Spaso-Efrosinyevsky manasir had different times. He was several times conquered the Jesuits, who rebuilt the building. Then again returned to the Orthodox. The endless change of owners did not stop until 1832. The monastery became Orthodox. In 1997 he restored Ephrosinya cross, the original of which was lost in the years of the great Patriotic war. He is now in the Spaso - Preobrazhenskaya Church, when Efrosinyevsky monastery.