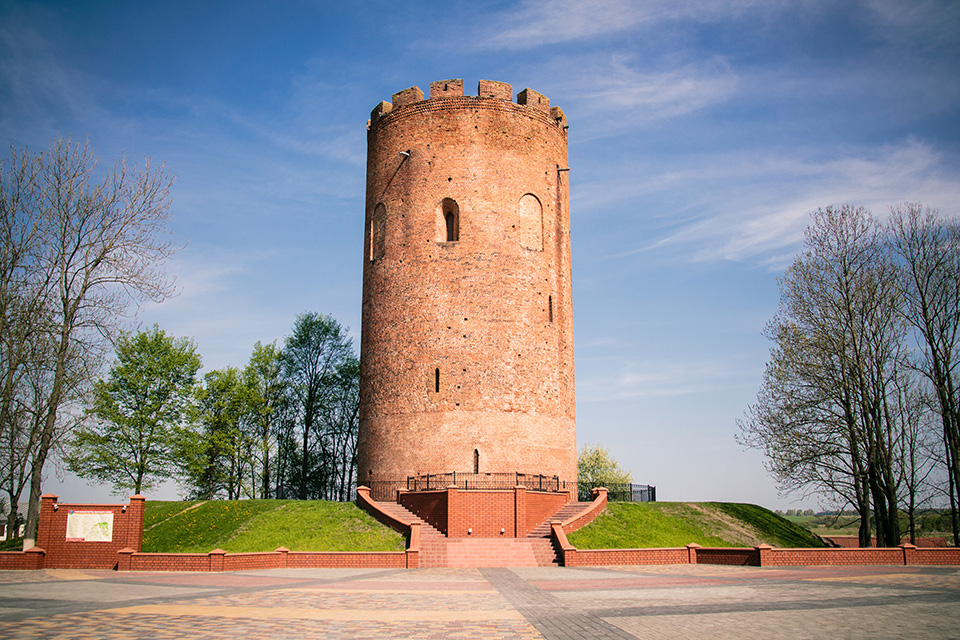 The Kamenets tower is the oldest monument of defensive architecture of the watchdog, which is often called one of the main attractions of Belarus. Located on a hill close to the once flowing rivers of the Forest. Some sources attribute the construction of the tower to 1276 – the reign of Prince Vladimir Vasilkovich.

The story of the creation of the Kamenetz tower begins with 1240, when Brest was repeatedly rolled the Mongol avalanche. They surpassed not only the number, but a good tactic of storming cities. The Mongol-Tatars used various kamnenosov. And then one day Prince Vladimir I decided to strengthen its defenses on the North side of the border. On his orders, the city brought an experienced gregorova Alexa. He is with the local residents went in search of a suitable for the construction place. They moved up the river, where Alex noticed a steep Bank with a high hill nearby, and then satisfied went to the Prince, to tell about the amazing discovery.

A little later, the hill was filled with human voices, the work was in full swing. Trees were cut was created-building, to build a house, dug defensive ditches. Soon, over the vast expanses of the Pushcha, twined with an endless belt of river Forest rises majestically tower. Above the river rose a wonderful city, and called it Prince Vladimir Kamenetsky.

Many legends and folklore have generated around himself Kamenetskaya Vezha. Some of them are fantastic, others quite real. One of the most impressive of the stories says that the tower was built by giants. Mighty strongmen created it on his knees. So it was easier to lift a brick off the ground. Describing this giving A. S. Budilovich, said that the tower was a kind of a tombstone to the leader of the Giants. After construction of the tower, the giants decided to take a walk in the forest, and commence they their 6-mile steps, and left traces. Which later, people built a village and called it Stepicheva. It stands there to this day.

Like a giant chess rook, the great fortress-crowned rectangular teeth. Just below on the outside of the tower there is a tape with ancient ornaments. In a circle created by a slit-like loopholes. In the depth of the wall there is a stone staircase. The thickness of the walls reached two meters and a half. Inside the tower are 5 floors. In the old days there were stored the provisions and ammunition.

30 meters rises the majestic pride of the Belarusian land. It is a mute witness to the multiple bloody battles. In the 14th century it has been besieged by the crusaders. The tower was climbed by Polish princes. The walls of the fortress unfolded fierce battles of the Polish-Lithuanian Commonwealth and Moscow Russia.

Today there is a branch Museum. The walls of the Kamenetz tower often hosts various celebrations and festivals of medieval culture, with theatrical performances and knight tournaments.

Usadba belovezhskaya guest in the forest