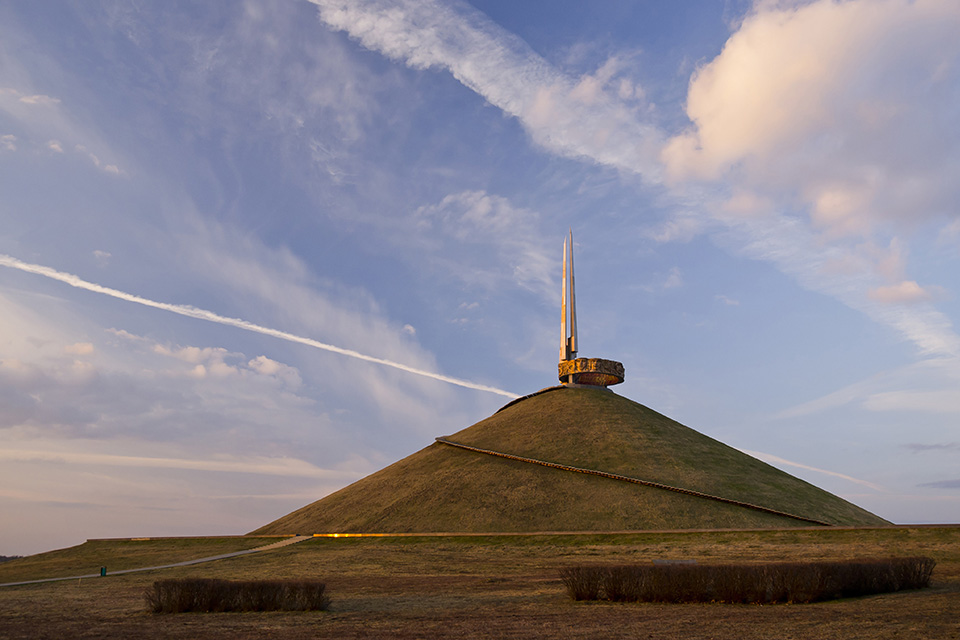 On the motorway Moscow-Minsk on the 21st kilometer is a popular tourist destination – the mound of Glory. If you haven't been there, then do not delay and be sure to visit this war memorial. The rich history associated with its construction on the territory of Belarus. Its construction is associated with the heroic actions of the first, second and third fronts of Belarus, Baltic fronts during military operations of 1944. Inauguration of the monument took place in 1969, when celebrating the 25th anniversary of the liberation of Belarus from Nazi invaders.

A bit of history

On this spot in 1944 during the largest offensive operation Bagration 105-thousand group of Hitlerite armies got to an environment. This event bore the sonorous name of "Minsk pot". July 11, ended with the defeat of this group that became another step towards the liberation of Belarus from German invaders.

Began operation Bagrationby the first, second, third Belorussian and the first Baltic fronts, June 23, 1944, and August 29, were freed by the Belarusian SSR. Poland and of the Lithuanian SSR.

The construction of the Mound of Glory Belarus

In August 1966 in memory of the heroism of Soviet soldiers, it was decided to create a monumental-sculptural composition – the barrow of Glory. In September of the same year held a big rally in the place where now is a mound, and laid the stone in memory of the Soviet soldiers. On the stove you can see the text that tells about a heroic deed.

The event was attended by citizens and guests from all hero-cities. Participants of the rally were punished future generations to honor the memory of the last war and to love their country. The text of the mandate was bricked up in a capsule at the foot of the Mound.

In 1967, construction began on the monument, the mound of Glory. From all parts came people to leave a handful of soil from your city. The authors of the memorial sculptural composition was the sculptor A. artimovich and A. Bembel, engineer B. Laptsevich, and the architects L. Mickiewicz, and stakhovich.

The altitude of the monumental-sculptural composition is over 70 meters. Four bayonets revetted with the Titan and a height of 35.6 metres, stands on a 35-meter hill. Bayonets are symbols of the Belorussian and Baltic fronts, which fought for the freedom of Belarus.

At the base of the bayonets about them the ring, which made bas-relief image of the partisans and Soviet soldiers. On the inner side of the ring on the mosaic repulsed the text "of the Soviet Army, the liberating Army – glory!".

Two concrete ladders of length 241 steps lead from the foot of the mound to the magnificent monument. After the appearance of Mound of Glory Belarus in the Soviet Union began to see the war memorials.

Mound of Glory is a tourist center

Mound of Glory is part of the memorial complex Khatyn and is often the location of rallies and commemorative events.

According to the existing Belarusian traditions of the military monument often come couple. To entrust to him their bouquets. Here come the graduates, and here take the oath.

Monthly mound Slavs visited by thousands of people, including many foreign delegations. Monument included in the tour of the Belarusian capital and in the itinerary in Khatyn.