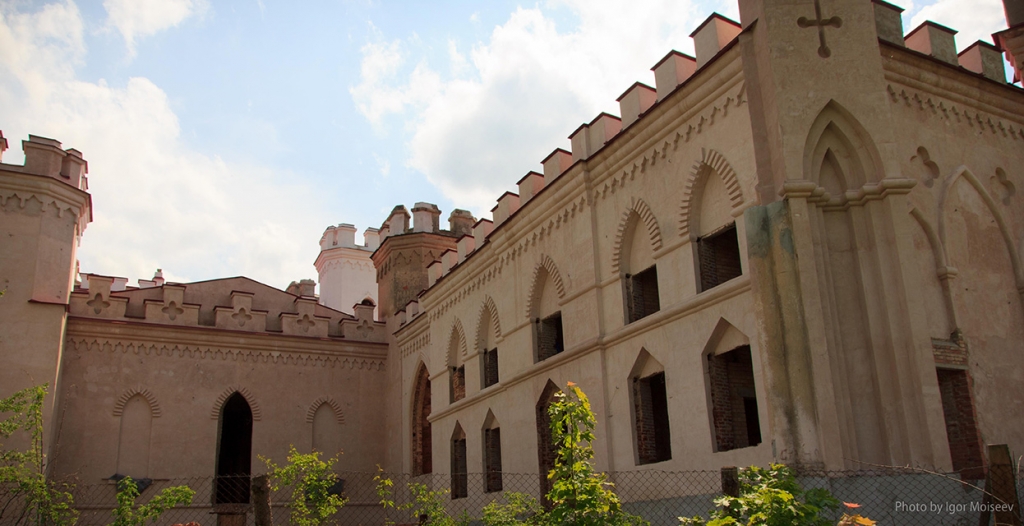 In the Belarusian province of Kossovo is a unique monument of the 19th century. The puslovskie's Palace is amazing due to its fabulous image.

The first mention of Kossovo (today Ivatsevichi district) dates back to the year 1494. Then Yagelonchik Alexander, Grand Duke of Lithuania, brought the gift of the land Marshal Jan Hreptovich. Over the centuries it changed owners Kossovo. Wojciech Puslowski bought the estate in 1821, and founded there a carpet factory and about 60 churches.

After the estate passed into the possession of the son of Wojciech, Vandalin Puslovsky. In 1838 he started the construction of "fabulous" Palace under the guidance of architect Frantisek Ysolda.

The puslovskie's Palace (also known as Kossovskii Palace) is a two-storey building with two side wings. It is also called a miniature castle for faceted crenellated towers. Each tower is a symbol of one month in the year.

Let's delve into the past and wander through the Palace. We have to go through more than 100 rooms and walk the corridors, built on a unique system. Thanks to them, a couple of days of the year in one of the chambers completely filled with light. At this time, the owners celebrate the Day room and try to spend a lot of time. We open the luxurious Lounges, where guests spend their time in White - dancing at balls in Pink - scoring, and in Black - playing cards. Leaving the Palace, we find ourselves in a beautiful exotic Park, which grows more than 150 species of plants.

Today, the Palace is being restored, which is scheduled to finish in 2018. It is a tourist and cultural centre.