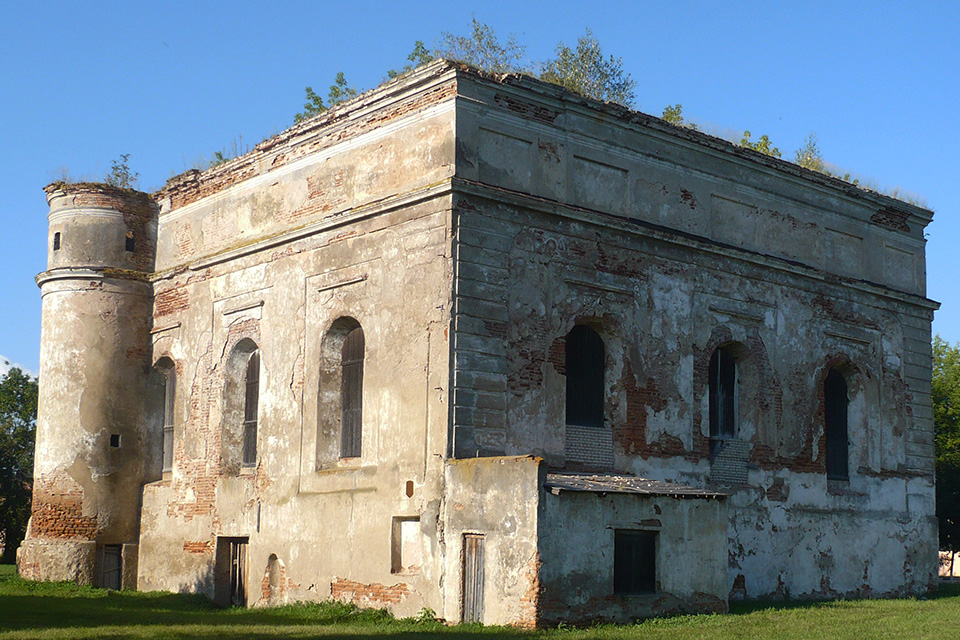 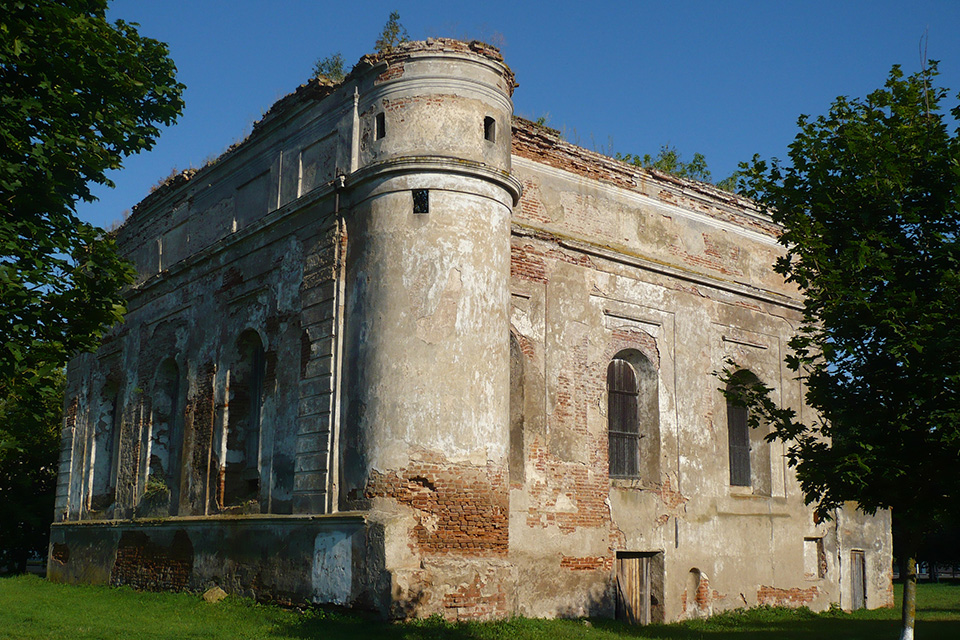 In the Belarusian town of Bykhau in the 18-19 centuries the rapidly growing Jewish population. In the late 19th century, Jews have constituted half the population of the city. About 11 synagogues there were in this place. Ten of them were wooden, and stone is a unique architectural monument of the Baroque. Before our time preserved only synagogue from stone.
Bykhovskaya, the synagogue was built in the early 17th century. It reflects the richness of the city, which was once a powerful fortress. In the synagogue a long period operated the warehouse, and now it's empty. Her condition is gradually deteriorating.

The architecture of the synagogue bahovskoj

Inside the building is preserved Bima is a unique building, which is a four octagonal columns and a table in the middle. It was used during the reading of the Torah scroll. Only in Belarus remained four BIMS.
Synagogue in bykhaw is a rectangular building, the perimeter of which is the corner round tower. The walls of the buildings are very strong and thick more than 2 metres. The Windows are pretty high. Synagogue in bykhaw previously served as a defensive structure, therefore, over the parapet eaves, you can see loopholes. Externally, the building looks rather austere and simple, no frills. However, the fabulous scenery and painted to create unusual and special atmosphere.
Synagogue in bykhaw is somewhat reminiscent of the Volyn synagogue. They both belonged to the family of Sapieha. People assume that the construction of the two synagogues were doing the same architects, especially as they date from the same period.
The synagogue in bykhaw need restoration and attention from the local authorities and travel agencies.