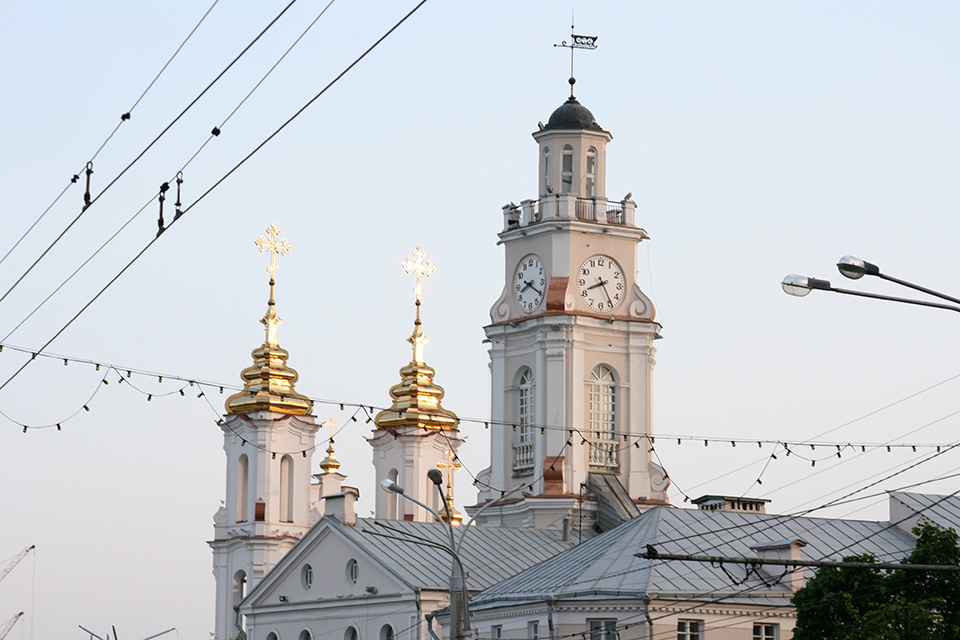 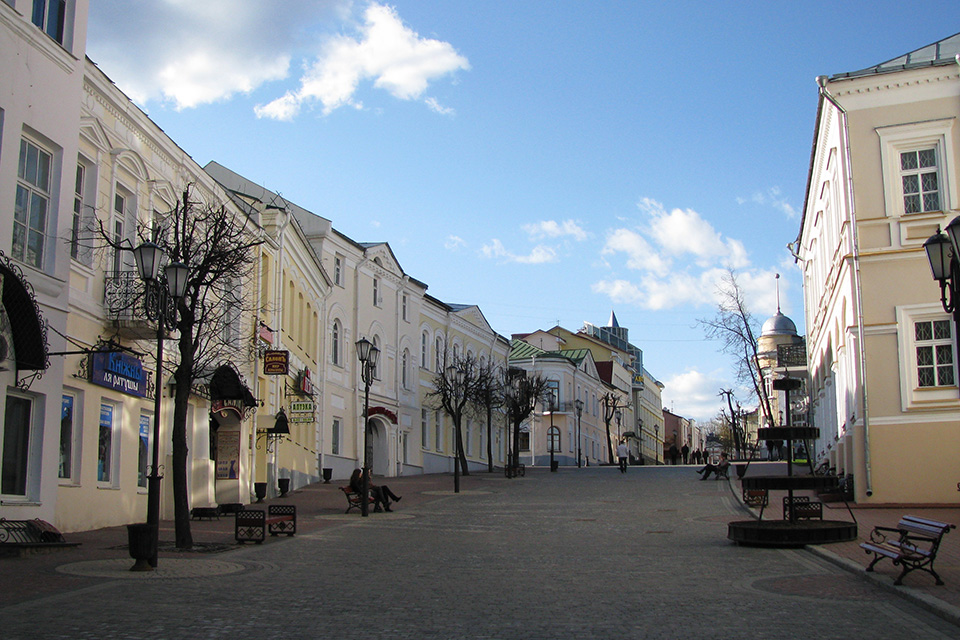 Vitebsk is the second most ancient Belarusian settlement after Polotsk. Since the founding of Vitebsk in 974 year it's been more than a thousand years. During this time the city was under the leadership of the Kievan Rus, the Grand Duchy of Lithuania and Russian Empire. Now, it's a beautiful tourist city in Belarus. The hallmark of Vitebsk in the history of existence has become, that the inhabitants of each time trying to gain independence from the then governing States. A symbol such zeal for freedom in modern Vitebsk city hall became.

Today, this architectural monument is the main landmark of the city. The history of hall begins with 1597, when the king of Poland and Grand Duke of Lithuania Sigismund III Vasa gave the city Magdeburg law. At that time, such a right could not get a settlement in Europe, as it allowed the citizens themselves to regulate the life of the city. In this regard the town hall as a symbol of the freedom in the middle ages, it was possible to build only in cities where the holders of this right.

After gifts from the ruler, construction began and soon near Shorskogo castle was built a wooden building, which became the prototype of the town hall. But it lasted very long. In 1623, after the uprising of residents of Vitebsk was deprived of the Magdeburg law and the city hall destroyed. It took another 20 years and in 1644 the settlement was returned this right for services of local residents in the war against Muscovy, a prototype of the Russian Empire. In the same year in the square erected a building with two floors, which had a high roof and a watchtower in the shape of a plate. On it were placed a dome with a spire. The first floor of the building was built of brick, and above all that it was built of wood. The facades on both sides adjoined courtyard Seating. As shown by the restoration works which were carried out in the 20th century, the floor of the courtyard and the first floor was paved with cobblestones. This hall was painted in 1644 in the famous drawing of the city of Vitebsk.

In the period from 1708 to 1752 the town hall three times burned, but its residents again restored. Later, when the city became part of the Russian Empire in 1772, the Magdeburg law lost its significance, and the town hall allowed to use for the requirements of Vitebsk. During this time there were city Council, and the Bank along with the court. Also here in different years were fire lookout tower and a police station. Only in 1775 the town hall was completely rebuilt and brought before the citizens in such terms that we know it today. Now the building was entirely of brick. Was built four-storey tower, which towered above the Central facade. There have been changes in the overall design. Was added to the complex profile, pilasters and cornices in the style of Baroque with the addition of classicism. This made the town hall a luxury in every sense of the word and gave it a kind of solemnity in the face of the city. Later, this attraction is newly rebuilt. In 1833, on top of the tower a clock was installed, and in 1911 he finished third floor.

During the war years on the square in front of city hall produced for the execution of partisans and underground fighters. This place is a memorial. Restoration work, which was carried out in the 20th century, has opened up many historical exhibits. Have been found vintage collectable glassware, gun-Saltovka, documents from the police Department dated 1806-1846 years and a lot of other things. Since 1997, the Central facade is decorated with two-meter bronze arms of the city of Vitebsk, which was established in honor of the anniversary of 400 years. Today in the town hall has a Museum in Vitebsk region, which has many exhibits telling the history of the settlement. Is a landmark in the historic centre of the city. The town hall is the number one tourists in the list of places in the first place is worth a visit in Vitebsk.