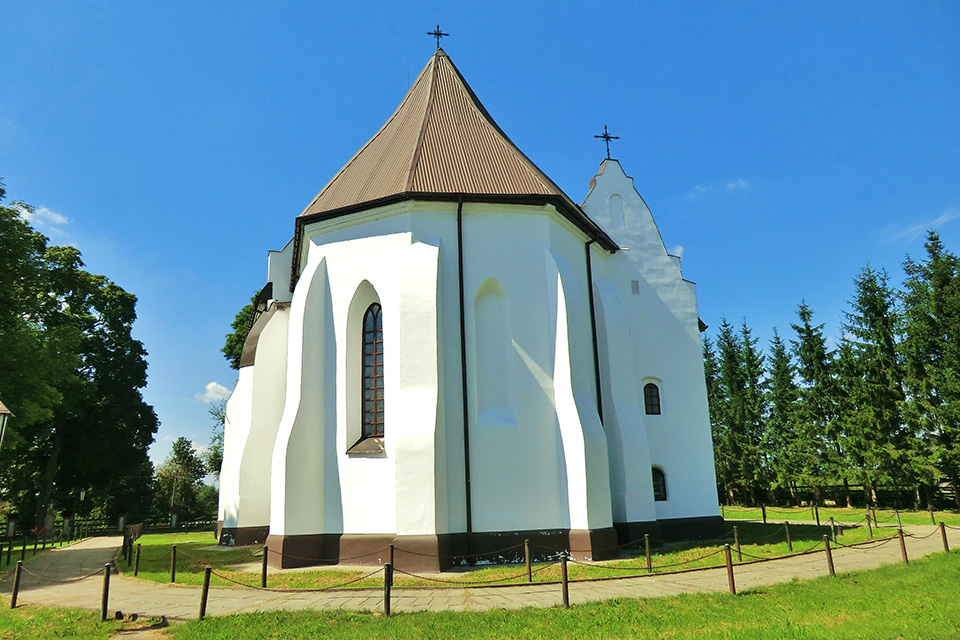 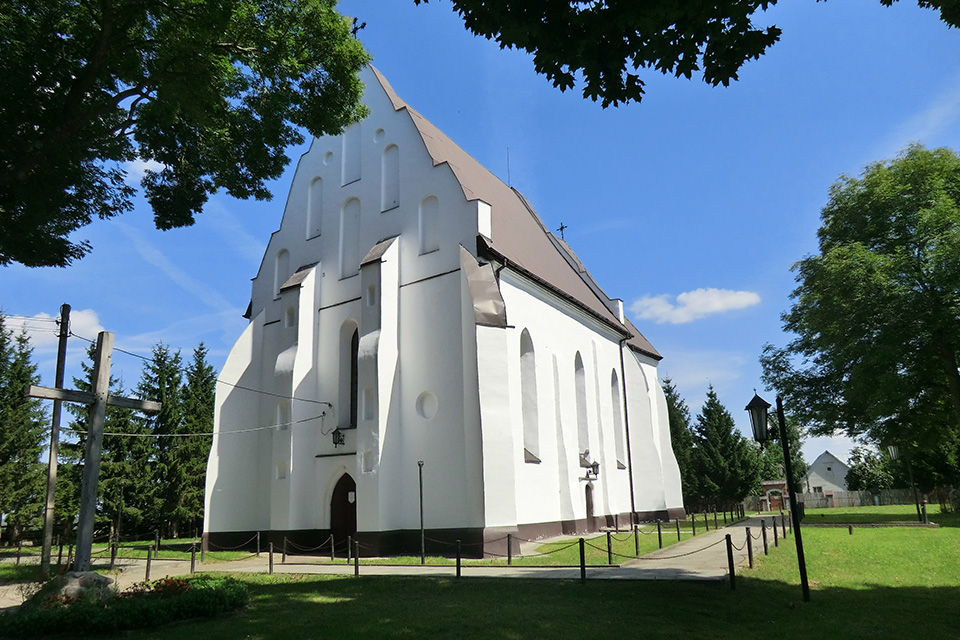 Since ancient times, preserved a wonderful architectural monument of the late Gothic Trinity Church. The oldest of nepristoinyi the temple is located at D. Iskold in Belarus. It was built as a Catholic Church in 1472. There are some disputes about the exact time of construction, but is considered to be officially accepted by this date. In the second half of the 16th century, during the reign of Nicholas Radziwill the Black, the building was converted to Calvinist, then again became a Church (1641).

The temple has a rectangular shape and covered with 2-pitched roof. The main facade is decorated with arched niches. 5-sided apse of the adjacent tower and 2-storey sacristy. The main entrance door is decorated with wrought-iron grilles. The Church also has remains of the ancient defensive structures. Trinity Church is a particularly valuable monument of Belarus, which was erected in the late Gothic style and never destroyed.

There are several versions about the origin of the temple, but the major only two. The first Church was built on the place where previously was a pagan temple. The second - in the 12th century on this place there was a stone Church. Nikolai Ivanovich Nemirovich - the owner of the estate Iskold - patronized the Church and you gave him money, land, tavern and much more.

In the second half of the 16th century the owner of the place was Nicholas Radziwill, who, using his power, turned his subjects into Calvinism. He opened schools, printing houses, and turned the churches and cathedrals in the Church. One of the first buildings given to the reformers, was the Trinity Church. In the late 16th - early 17th century the Church was returned to its Catholic ways, but in very poor condition. It was broken altars, severely damaged Windows, doors and floors. Noted that the walls had no plaster. The Church required major repairs. The rector of the COP. Valerian Zan had no funds for restoration, and therefore only in 1820, was carried out small repairs inside and outside the building. Descendants of Nicholas Radziwill also helped in this.

In the 1860-ies, after the uprising of Kalinouski, the Church was pereosvyaschen Church of the Holy Trinity. It was at that time was lost icons, sculptures, works of applied art that adorned the Church. During the First World war the Church was in the territory of hostilities, but was not injured. During the second world war, the Church building also was destroyed, but his condition gradually worsened, as there was no permanent priest. The Church was closed in the summer of 1969, and the discovery occurred only in 1978.

Great job on the restoration of the buildings of the temple held by the COP. Casimir Velikopole and the COP. Bogdan Krynicki, who were abbots in the late 20th century.

About the Church tell many legends. One of them, the place on which the building was previously very revered - there was a pagan temple. Another legend says that the temple was founded by Nicholas is alive in gratitude for the long-awaited birth of an heir, and according to another version, the Church was built with a plea for the appearance of the son.